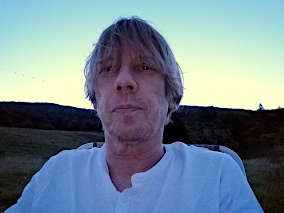 I started this life some time ago, in August 1961 if I remember well. I have a few hobbies, like electronics, computer programming, mountain trekking, photography, speology, ski, drinking coffee, ...

My job has always been around television studios, mostly outside broadcast events, but I am also dealing with all kind of technical stuff.

(just a break for family activities...) 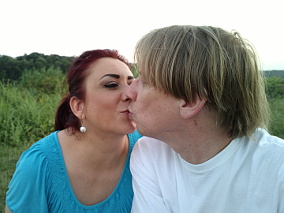 This is my lovely wife, which is always with me in my day life and in my heart. She is also the best TV producer and managing partner. 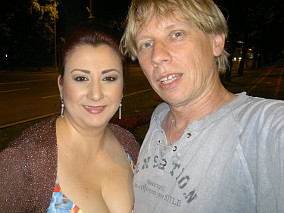 (... family break is over, back to business)

Off duty I am passionate about software localization and internationalization related issues. I elaborated the 2004 version of the Romanian computer keyboard standard and defined the technical details of a Romanian law which enforce the use of the correct language character set in some public areas. I also initiated a petition aimed at the indifference with which the EU treats the lack of respect for cultural and linguistic diversity of its member states by the technical standards governing the SMS text messages in mobile technology, as well as other cases of cultural and linguistic negligence or ignorance by modern technology. More details on this issue can be followed here.

In 2002 I have experienced a bizarre feeling and a slight leg injury, during a bungee_jump.

The top crane arm height was at 58m. The jump line consisted of 10 m elastic cord, with an addition of approximately 4m static cord.

The slight injury was the result of the improvisation they made on my feet binding: some towels taken from the hotel, wrapped around each leg to compensate for the ankle thinness.

Note: the credit for this perfect shooting goes to Mircea Petculescu.

So that’s (in short) about me.